All wagons were Express Freight rated for 50 mph/80 Kmph running and carried a red circle. On the job the wagons were referred to red spot H’s.

Contract # 1.  HSA Class # 33119 - 33268, built by Scott’s of Ipswich in 1965. Fitted with QR 20 cast steel bogies.  This contract differed from the following contracts. Painted black, Premium hook drawgear, later known at D2. Stamping on the doors and ends were donut shape that finish just short of the top and bottom sills. 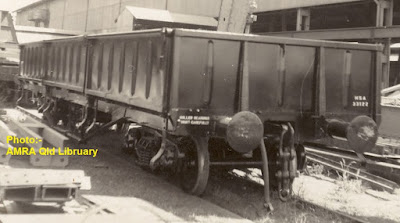 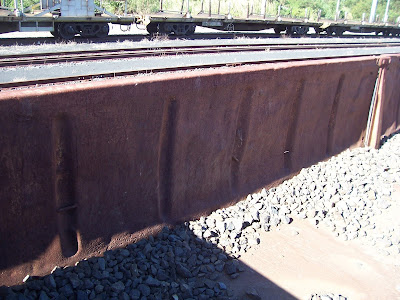 Contract # 2.  HSAT Class # 34667 - 34799, built by Scott’s of Ipswich in 1971. Fitted with QR 20 A cast steel bogies. This contract the stamping in the door and ends was U channel shaped, the wagons were painted freight grey. Automatic and transition couplings were fitted to the wagon increasing the wagon tare. Drawgear classification was D1. 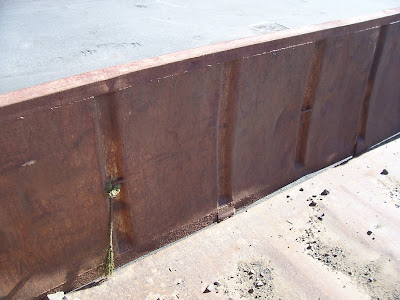 Contract # 3.  HWA Class # 35820 - 35969, built by Scott’s of Ipswich in 1972. Fitted with QR 20 A cast steel bogies. The contact had the same outside features as the previous contact except the wagon had a wooden floor. Wooden floors have a few advantages over steel, it was easier to secure loads. Wooden chocks could be nailed to the floor to stop loads from moving in transit. This method was used with the wooden wagons. Steel floor wagons required a frame to be constructed between the load and the end of the wagon. Friction plays are part in securing freight, wooden floors provide greater friction to steel.  Plus, during wet weather, water flowed out between the floor boards, instead of pooling across the floor to flow out under the doors. Tarpaulins often had holes in them and during rain water could blow in onto the load where the two tarpaulins jointed to cover the load. There was less damage to freight with water running out through the floor boards.

Note the logo on the centre door. I think this was mainly on wagons coming from the manufacture. 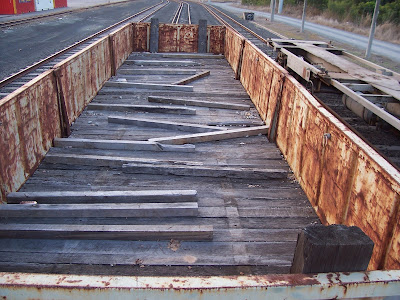 HWA wooden floor. At the time the photo was taken, the wagon was being used for conveying concrete sleepers. 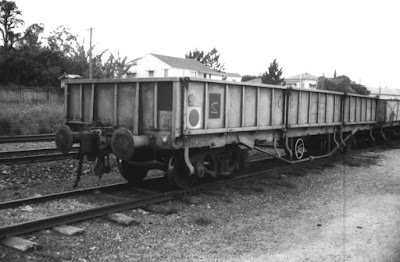 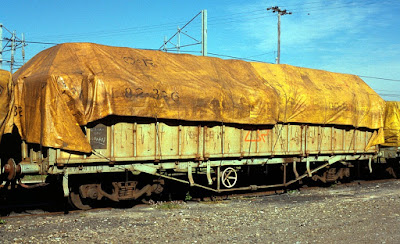 Securing rings can be seen hanging down below the doors. Wool Load.
The wagons were used on all lines across the network and could be found on most goods/mixed/express freights trains carrying all sorts of loads, many covered with tarpaulins in various outline.

The wagons were fitted with a “W” type freight brake equipment. 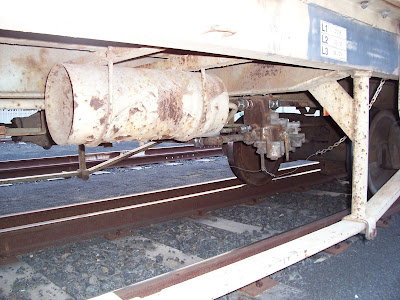 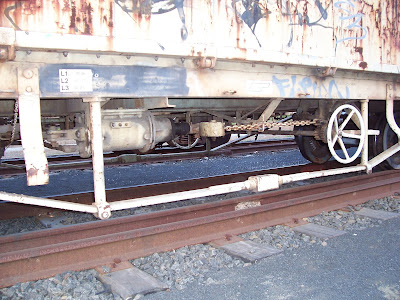 It didn’t take long for other uses to be found for the class, many HSA wagons were used in Central Queensland Highlands grain traffic. Pipe supports for tarpaulin were added and the wagon were reclassified to HSAG. Custom made tarpaulins were used to protect the load.

Around 1988 first contract HSA were fitted with auto couplings, then classed HSAT.

Approximately 45 HSA were modified for magnetite traffic and classified HSM and HSAM in 1990 replacing HJS wagons used in this traffic.

Early 1990’s the buffer were removed, all wagons were classified HSA.

Like the HJS wagons, workshops manufactured replacement doors when the original ones became damaged. Check photos as there were was a couple different types. Not uncommon to find a wagons with various door types as time went on.

Around the same time, the class was given Business Group Identification.

HSAH (Heritage for coal, some of these wagon carried a red diamond and at times were part of country heritage excursions).

Wagon that have not been re-stencilled remain for Express Freight and Q-Link traffic only.

HSAT 34753 with a mix of door types, replacement door stops. 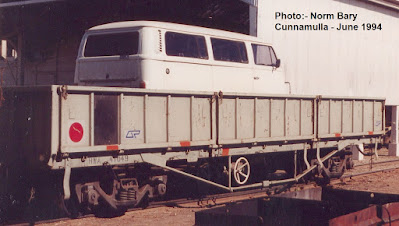 This wagon was taken off a train due to flat springs (In other words the wagon over loaded).

I wonder who did that ??

By 2010 less than 100 were left in service, most being used on the SEQ spoil trains in a poor condition. Around 2015 these wagons were replaced with containers on PCUY wagons bring the life of the class to an end.

Models on the Layout:- Being a 32’ wagon, they are a great size for most layout.

All wagons are mounted on Wuiske Models QR 20 bogies. After reading Joe Fegates book “Make it run like a Dream – Rollingstock” I have developed a standard for my rollingstock that suits my track. These days, all wheelsets are bench tested on the workshop test track. Wheelsets not meeting this standard are refined before going to the layout. Having a good wheel/track interface is important to having a trouble free operating layout. Having trouble free operations makes a layout so much more enjoyable. On the weighbridge, all wagons were weighted to 50 grams. Coupling are Kadee # 158, on the scratch build wagons the coupler box was built into the underframe during construction, another feature I have come up with to improve operations.

The following wagons fitted with tarps were all scratch build, just a simple styrene box with below floor detail only. Tarps were made from used tea bags.

The standard QR tarpaulins were made so one size fits all applications, for lower loads the sides could folded up to keep the tarps away from the running equipment on the wagon.

Modelling the early 1970’s there was a mix of tarpaulins in use. The green canvas were being replaced by yellow PVC type. Late 1960’s there was a few trial orange PVC traps.

Each wagon could be made different by altering the colour of the tarps by added a drop or two white paint to the base colour being used to produces various shades of fading.

Wagons fitted with tarps in this manner could be conveying general freight, grain and other products.

Where loads were below the sides, portable tarpaulins supports (one each end) was used to make a water shed. Otherwise in wet weather water would pool in the tarps between the sides and at some stage, water would enter the covered area damaging the freight.

The HSAG used in the Central Queensland grain traffic had pipe tarp support fitted and a custom one piece tarp manufacture to suit the wagons much the same as the WH and WHE wagons. Due to the smaller size tarps, door ribs were added.

The tarpaulins signage is homemade decals made up using “Word”. Thanks Ken E-W.

Another plus for modelling the early 1970’s, is that both black and freight grey coloured wagons were running on the network for a few years.

Now the wagons have decals added, it’s just finding time to lightly weather them next time the air brush is out. Talking of weathering, if you model a later era around 2000, boy, I think you could have lots of fun with a few different shades of rust.

All the covered wagons can be found at work on my Central Queensland Grain Train, check out my YouTube channel

Trust you find the information helpful and assists in making a prototypical railway.