For about 20 years I had a FNH “Paw Paw” kit in the cupboard with a few other loco kits to do.  About 12 months ago I completed the kit and put the loco to work on the layout.


At first to run the mechanism in I went looking for a light train to run. Once again the Quilpie Branch came to mind. In the early 60’s, two Paw Paw locos (1505/1504) were sent to Roma to work west, these were the first diesels to run west of Roma. I recall the evening the first one arrived in Charleville, the whole town was down at the station for the big event. It was the longest train I had ever saw, didn’t fit on the platform and the end was out of sight. I guest a big deal for an 11 year old boy. In these days, passenger trains were top of the tree, the best loco in the depot were rostered to work them. Likewise when the diesels started running they could reduce the running time of these trains. Diesel didn’t need to stop ever 30/40 miles for 10 minutes to take water and they could handle bigger loads. In some cases a double header steam hauled train could be pulled with a single diesel. One Paw Paw (small as they were) replaced two C17’s on the standard 11 car Westlander between Roma and Charleville and cut about 60 minutes off the time table. In holiday time a second DEL could be added to the train, extra carriages marshalled into the train and the second division mail was not required. One crew doing the work of three.


The other passenger train in the area was the Flying Flea running between Charleville and Quilpie. The train consisted of two Sydney Mail sitting cars (CL/BL), a CJFP and a MV Mail Van. Train 98 departed Charleville after the Westlander on Wednesday and Saturday, returning the following day as train 99 to connect with the east bound Westlander.


This time around I recorded the materials I used to paint the kit. When I did 1723 I was not happy with the colour for years and debated several times about stripping it and repainting.


For the Paw Paw the painting process is as below.


1.    Dulux Metalshield Etch Primer (Light Grey) was sprayed over the poxy body and bogie side frame to give a base for the top colour. The rattle can was purchased from Bunnings. I spray the paint into a plastic cup to decan and put it through the air brush for better control. The paint was allowed a couple of days to dry.


3.    The orange for the lining was sprayed next. Floquil F 110134 SP Daylight Orange was used. Once again a couple of days past before masked off the lines required. Masking tape used was .075 mm Jammydog. They also make 1.00mm and .05 mm Micro masking tape. The .05 may of been a little better.  (Website www.jammydog.com).  Thanks to KEW for the find. Next time a straight edge might be usefully???


4.    The white (Dove Grey) was sprayed next. Tru Color paint available from Austral Modelcraft was used. About half a cup of TCP 005 White with two drops of TCP 171 Weather Black. This paint dries gloss and quick. Acetone was used as a thinner. I used this paint on the styrene bodies on my coal hopper with good results. After a day the white was masked off.


5.    PGC Lacquer QR Diesel Blue was used, this also dries gross and quickly. This is a thick paint and needs to be thinned about 50/50 with lacquer thinner. I now using the PGC QR colour range for my QR rollingstock, a bottle goes a long way. (Airbrush only).


7.    After gently removing all masking tape, the finished body was covered with Floquil F 110003 OZ Hi-Gloss to give all paint a gloss finish.


8.    The bogies were painted with Tru Color TCP 171 Weather Black. The wheels were hand painted with Floquil F 110013 Grimy Black.


9.    Buffer beam, hand painted, Tamiya Y-7 Red enamel. I normally use Humbrol, but my stock had dried up and down at the hobby shop the red I needed was the only one on the whole rack missing, all sold out. So I purchased a small bottle of Tamiya, I quite like the small square screw top bottle, I didn’t get paint all over my hand in removing the lid from the tin.


12.  To highlight the bogie detail, a light weathering was applied with the air brush.


Vallejo Game Air 72.762 Earth, followed by AK Interactive AK 723 dust. I have started using Vallejo acrylic paints of late, I will expand on my new learning curve a little later. With Floquil no longer available, I’m playing around with other types/brands etc.


The decals were old and kept coming apart, gloss coat was applied to the decal sheet which helped to get them on in one piece. One # 1 moved after apply gloss coat and I didn’t see it until the next day, bugger. Colour not quite right for me and they may be a little on the big side. Didn’t have all the # 1 required and some from a different pack was used. Both packets were open, have no idea of manufacture.


I did kick about the number for the loco, when in the Roma they were 1500 class, not long after leaving the area they were renumbered 1170 class. Given I could have other later DEL’s in my era with 1500 numbers, I decided it would be 1175.


Over all I think the loco will stay as is, in a near new paint job. Overall, yes some things could have been a tab better, hey that’s modelling, you learn something new every time you do something, plus it gives me something to do better next time.


The loco is fitted with a K & M Mechanism, 6 axle drive and on the weighbridge comes in at 216 grams.


I guess I have no reason to tackle the other boxes in the cupboard??


Trust you find this helpfully.
Arthur 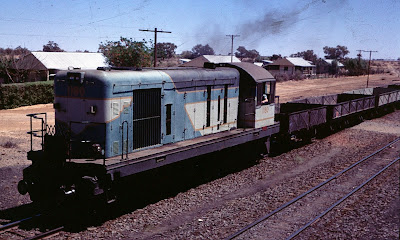 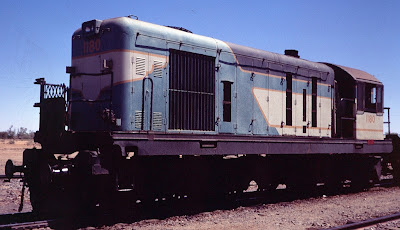 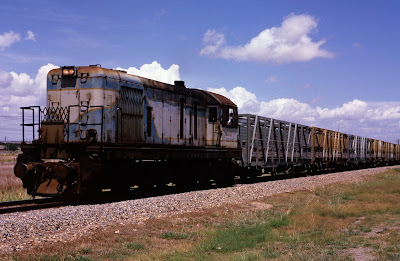 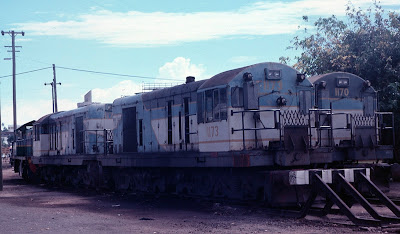 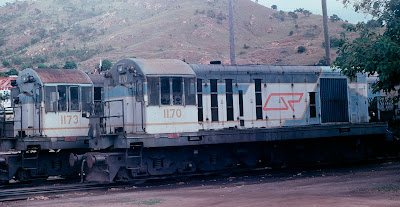 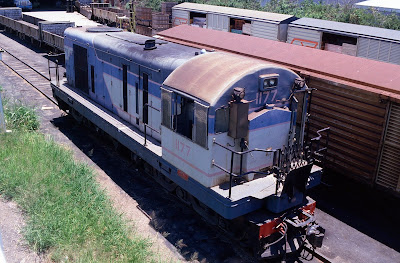 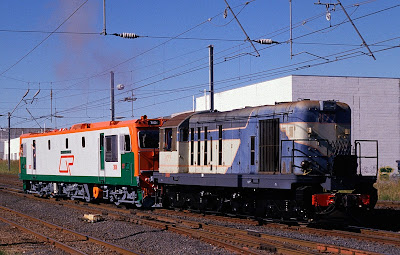 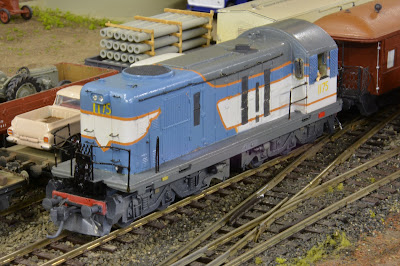 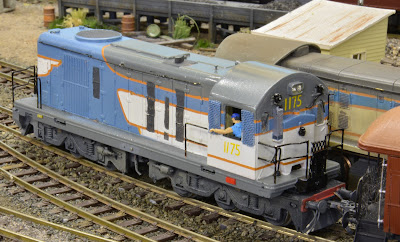 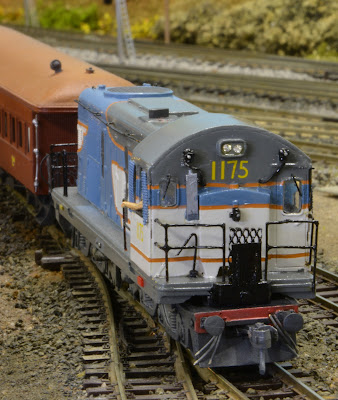 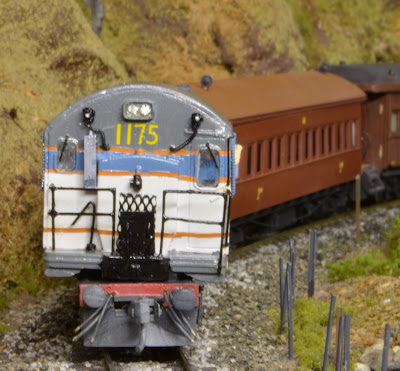 Many years later, 1175 work the Westlander as a heritage Special on Westgate.
Posted by westgate swr at 14:52